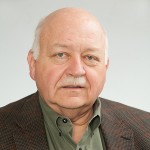 Terry Jackson is the Director and Chief Information Officer for CarolinaEast Health System in New Bern, North Carolina. Recognized by Healthgrades as one of America’s 50 Best™ Hospitals for Cardiac Surgery, CarolinaEast service communities along the eastern coastline of North Carolina.

Mr. Jackson began his healthcare career in 1980, providing leadership in strategic planning, workflow design and execution. Currently working to support the mission and meet the goals of CarolinaEast. Prior to coming to CarolinaEast in 2008, Mr. Jackson was the Corporate Director and Chief Information Officer for Trover Health Systems for 12 years. Previous to this he served for 16 years in various positions with Welborn Baptist Hospital in Evansville, Indian.